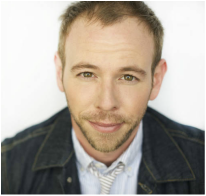 Matthew Van Colton
Matthew Van Colton is a Chicago and New York-based performer, writer and teacher. He is a founding member of the INNY-nominated Mansical. He has performed with the Musical Improv House Ensemble at Second City, Musical! the Musical, Best Musical, One Night Only, Chicago Dramatists, Northlight, Porchlight, Second City’s UP Comedy Club, Victory Gardens, iO, Second City Theatricals, Royal George and TUTA theaters among others. He is a faculty member at The Second City Training Center, where he teaches and directs in the Music Conservatory, Teen & Youth, and Improv programs and the Annoyance New York. He has also taught or coached for North Coast, Vern, Happy Karaoke Fun Time, Family Haircut (all NYC), Evanston Township High School, Acting Studio Chicago, Clown Car to Sicily and others. Most recently he appeared in Blank The Musical, at New World Stages in New York . Matt is a member of Actor’s Equity. More at matthewvancolton.com 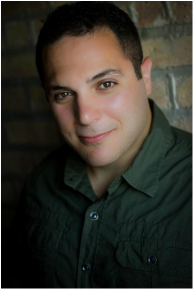 Christopher DeRose
Chris DeRose has been a working professional actor for almost 10 year. After receiving a Bachelors in Theatre Arts from McDaniel College in Westminster, Maryland, Chris moved to Chicago to study improv and sketch comedy at famed theatre's such as iO, Second City, and Comedy Sportz. After years of classes and regularly performing in Chicago's improv scene, Chris moved into corporate acting and MCing, becoming a personality at annual meetings, corporate retreats and conventions. The thing he is most proud of though, is for the last three years, Chris has been a Producer and On Air Contributor with the hottest morning television show in Chicago, WCIU's You and Me This Morning. Every week day, you can catch Chris doing a variety of reports ranging from history pieces on the city, to funny man on the street quizzes, to celebrity interviews. For more information, you can follow Chris DeRose on his Facebook fan page, Instagram, or on Twitter: @ChrisDeRoseWCIU.

Brian Finlay
Brian Finlay is pleased as punch to be a member of Mansical.  Brian was born in St. Louis, MO and graduated from Truman State University in 2003 wondering what to do with his BA in English.   Brian has studied improv at iO , Second City and Annoyance theatres.  Brian can currently be seen most Wednesdays at ComedySportz in Battleprov.  Just like every other member of Mansical Brian has performed with Infinite Sundaes at the Second City Training Center.  Among other things, Brian is known for inventing his own nickname (DICE), and creating the slogan 'loving it', eventually adopted by McDonald's and changed to "lovin' it". 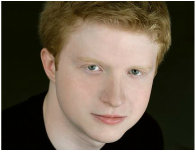 Michael Girts
Michael Girts has performed for The Second City in Rod Blagojevich Superstar, Rush Limbaugh! The Musical and Fair and Unbalanced. He has also performed for The Second City aboard Norwegian Cruise Lines, during which time he traveled to Puerto Rico, the Virgin Islands, the Bahamas, Central America and Mexico. Other credits include the Chicago Improv Festival, Chicago Sketchfest, Laugh Out Loud Theater (Schaumburg, IL) and ImprovAcadia (Bar Harbor, ME). Michael is half of the award-winning improvised musical Kate & Mike: The Musical. He earned his BFA in acting from Syracuse University and his MBA from the University of Notre Dame. Michael teaches improvisation and runs workshops for various universities and professional organizations. 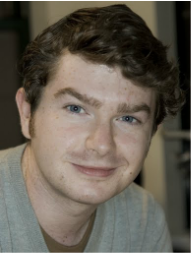 Zephian Michaels
Zephian Michaels could not be happier Mansical is a thing. When he isn’t carrying on and cutting up with the other men folk of Mansical. Zephian can also be seen performing with Infinite Sundaes, Storytown, Formal Apology, Bo Problems, Dark Triad, FDR and !Lacisum, The Improvised Backwards Musical. He has been lucky enough to do musical comedy in the past at Gorilla Tango, Comedysportz and The Annoyance. He is thankful to be part of such a wonderfully talented and giving community.  Also thank you to the many loved ones in his life who inspire and support. 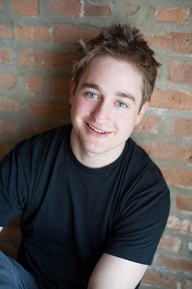 Israel Pederson
Israel Pederson is thrilled to be a part of Mansical! A Purdue University graduate, Israel has studied at ComedySportz Chicago, the Second City Musical Conservatory, and iO Chicago. He can also be seen around town performing with Comedysportz, the Cupid Players, The Process Theater Group, his improvised rock band - Reset List and in Schaumburg at the Laugh Out Loud Theater.  Also, this group is the most fun in the world. Seriously. 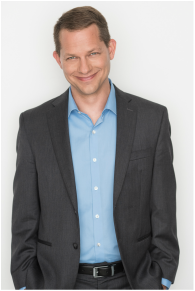